Carver Mead, Impinj’s co-founder and one of the fathers of modern computing, recognized with Japan’s highest private award for global achievement.

We are pleased to share that Carver Mead, Impinj’s co-founder and one of the fathers of modern computing, has been awarded the 2022 Kyoto Prize in Advanced Technology. The Kyoto Prize is Japan’s highest private award and is bestowed by the Inamori Foundation to recognize and honor individuals who have made significant contributions to humankind’s scientific, cultural, and spiritual betterment.

Carver has had an incredible career and has been involved in the growth and founding of more than 20 companies. He co-founded Impinj with Chris Diorio in 2000 and helped establish Impinj as the RAIN RFID leader it is today.

Listen to the technology; find out what it's telling you

The 2022 Kyoto Prize highlights Carver’s contributions to pioneering the field of electronics, including proposing and promoting a new methodology to divide the design process of very-large-scale integration (VLSI) systems into logic, circuit, and layout designs, and separating them from the manufacturing process. The prize includes a cash gift of 100 million yen, a 20-karat gold medal, and a diploma as a token of honor for Carver’s involvement in computer-aided design technology which paved the way to VLSI design automation, which in turn, led to the rapid development of the semiconductor industry.

"Listen to the technology; find out what it's telling you” is my favorite of Carver’s mottos. It denotes his innate curiosity for leveraging technology across all parts of society in order to leave it a better place. Carver has made advancements to multiple aspects across the technology sector, including his development of a definitive course on the physics of computation and his study of the cochlea that informed the creation of unique directional hearing aids.

A model for leadership

Carver has had a lasting impact on Impinj since day one. He has an infectious enthusiasm and passion that lights up and energizes a room. His personality was crucial for our early-stage company. As we searched for the right solutions, Carver was able to bring knowledge and skills to help us grow Impinj. He has an open and curious mind, and pushes engineers to innovate by asking questions, “Have you considered this? What about that?” He not only has an incredible breadth of knowledge that he wants to share, but also a genuine desire to listen and learn from others.

When we opened our very first office in Seattle, among the many invaluable contributions, Carver stepped right in to help us build lab benches and furniture. I remember being struck by this industry icon getting right down to the brass tacks building the foundation for our new company. There really was never a task that was too big or small for Carver and that has been a value that has stuck with Impinj and which is reflected in our principles.

Carver’s collaboration with Gordon Moore, co-founder and chairman emeritus of Intel, dates back to the late 1950s. Carver is credited with coining the term Moore’s Law in the 1970’s to denote the prediction Gordon Moore made in 1965 that the number of transistors in an integrated circuit (IC) would double about every two years.

Harnessing the power of education for a better world

Carver is an incredible inventor, chip designer, entrepreneur, and university physicist and I am so delighted to see him recognized by the Kyoto Prize for his significant contributions to the world. Carver is currently the Gordon and Betty Moore Professor Emeritus of Engineering and Applied Science at the California Institute of Technology (Caltech), where he has taught for over 40 years. He has written over 100 scientific publications, holds over 80 U.S. patents, and received numerous awards, including honorary doctorates from the University of Lund in Sweden and the University of Southern California. He partnered with leading computer engineer Lynn Conway, to write the seminal text, Introduction to VLSI Systems, which was first published in 1978 and continues to be a global standard textbook for chip design. Learn more about Carver as he shares his personal journey through the information revolution: 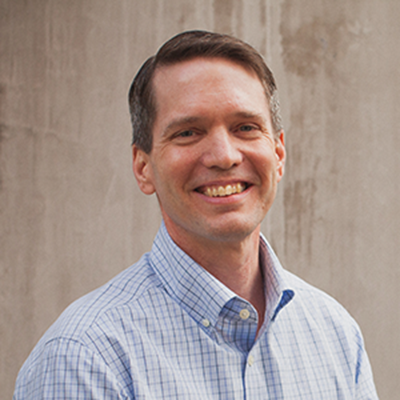 Todd Humes has served in technology leadership roles at Impinj since its founding in 2000.