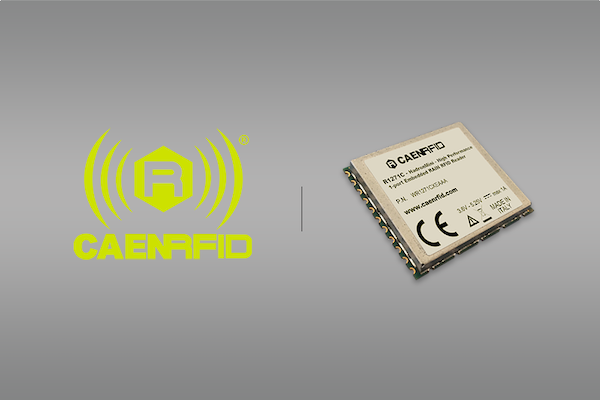 With programmable output power from 10dBm to 27dBm, the HadronMini can detect tags at more than 3 meters of distance (depending on antenna and tag dimensions), and, due to its low power consumption, the module is specifically designed to be easily integrated in battery powered devices. Based on the Impinj Indy R2000 reader chip, which allows fast reading in dense tag environments, the HadronMini is a complete and high performance RAIN RFID reader module in a very compact form factor, well-suited for integration in a variety of identification devices like mobile terminals, kiosks, wearable devices, or any other devices that need embedded RAIN RFID technology.

The HadronMini’s compact size and surface mount technology allow it to be embedded in small industrial handhelds, smartphone accessories, and other compact form factor devices. Available for both European and US regulatory environments, it is ideal for device integration requiring compliance in different geographical regions.

The HadronMini serves as a pin-for-pin and software compatible replacement to the Impinj Indy RS1000 and RS500.