Low inventory visibility can hurt sales over holidays. Stores using RAIN RFID see 9.1% reduction in out of stocks and 8.6% increase in omnichannel fulfillment.

Black Friday has come and gone. So, what have we learned? Historically, Black Friday was the day that retailers went into the “black” and started being profitable. Today, we measure the health of the economy through Black Friday sales, indicating the kick-off to the holiday spending frenzy. This year, we have seen one major shift. 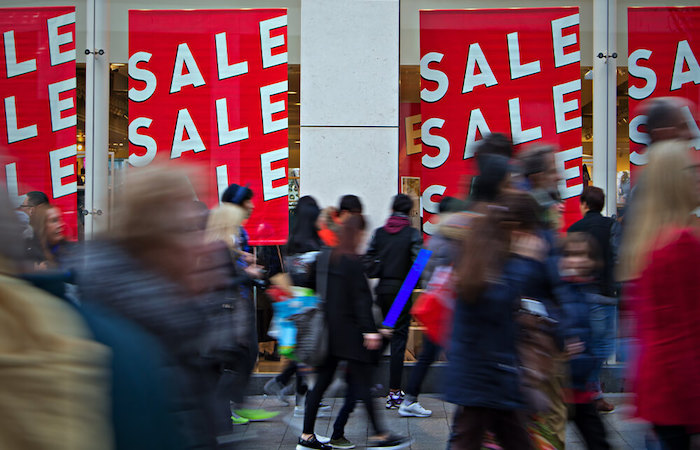 The digital shopping revolution is in full force this holiday season

Consumers are choosing to make purchases online, changing the dynamic of the holiday season. A recently released survey conducted by NRF found that 44 percent of Thanksgiving weekend shoppers went online and 40 percent shopped in-store. According to the survey, 56 percent of smartphone owners and 53 percent of tablet owners used their devices to assist with weekend shopping activities.

Adobe, which tracks digital sales, reported that online purchases on Friday were up nearly 23.6% compared to last year, with shoppers spending $6.22 billion online.That is a large increase year over year and an overall indication of the continuing shift in consumer buying habits.

This change in consumer habits is not only felt online but in brick and mortar as well. Kohl's CEO Michelle Gass tells CNBC the company was selling 60 Instant Pots online per minute on Thanksgiving. Furthermore, a record number of shoppers select its option to buy online, pick up in store. The kickoff to Black Friday now, according to Gass, "really begins online."

Cyber Monday, the digital follow-up to Black Friday, saw similar shifts in consumer behaviors. This past Cyber Monday saw a record-breaking surge in online shopping. According to CNBC, $7.8 billion was spent online this year on Cyber Monday alone, a 19.3% increase from last year. Shoppers are no longer camping outside of the mall on Black Friday; they are at home on their phones and tablets getting the same deals they could have gotten in stores. So, how does this shift affect retailers?

At any given time, hundreds of shoppers could be adding the same item to their basket and checking out. Retailers might assume they have the inventory somewhere whether it's in a store or at a warehouse. However, the speed and volume of online sales and the lack of inventory accuracy and visibility mean retailers are often playing a guessing game that ultimately affects their customers. If retailers can’t quickly and accurately report what they have in their inventory, canceled orders are inevitable and canceled orders mean disappointed customers.

Lack of inventory accuracy and visibility mean retailers are often playing a guessing game that ultimately affects their customers.

With competition in retail at its peak, retailers can’t afford to frustrate their shoppers--especially around the holidays--but, there is a solution: timely accurate inventory data.

On average, retailers have an inventory accuracy rate of 65%, which means there is a considerable margin of error when it comes to inventory reporting. However, some retailers achieve up to 99% inventory accuracy using RAIN RFID. A recent survey conducted by Accenture reported that retailers who adopted RAIN RFID, saw a 9.1% reduction in out of stocks and an increase of 8.6% for omnichannel fulfillment. RAIN RFID allows retailers to know what they have and where it is. Those retailers can make confident decisions about their inventory without disappointing customers, selling only inventory they have in stock and canceling fewer orders than ever.

Ashley Burkle is the senior manager of retail solutions at Impinj. She works with retail partners and service companies to develop solutions that increase sales, improve efficiencies, and enhance shopper experiences around the world.