At AWS re:Invent, the Impinj platform and AWS Greengrass demonstration showcased how RAIN RFID can provide real-time data to business and IoT applications.

Tens of thousands of people from around the world gathered in Las Vegas this past week for AWS re:Invent—an Amazon Web Service (AWS) learning conference for the global cloud community. Among the featured exhibits was an Impinj platform and AWS Greengrass demonstration that showcased how RAIN RFID can provide real-time data to business and IoT applications.

The Impinj platform provides wireless connectivity for everyday items and enables data collection and aggregation that easily links to existing ERP systems. Companies who use the Impinj platform with AWS Greengrass can ingest, process, and run rule sets on the edge without integrating directly with an ERP.

“What’s great about using AWS Greengrass with the Impinj platform is how it allows for computing decisions to take place near where items are managed—for example tracking and managing assets using RAIN RFID in remote areas with intermittent connectivity,” said Todd Farley, director of global strategic accounts at Impinj. “And it makes a lot of sense for many IoT applications to perform some computing tasks near where decisions are made, in order to make them as fast as possible by removing that round trip to access data in the cloud.”

The AWS Greengrass and Impinj platform demo featured at AWS re:Invent showed a robotic arm, driven by AWS Greengrass, moving a RAIN RFID-tagged block from location A to location B. As the block was moved, an Impinj Speedway reader tracked its location. 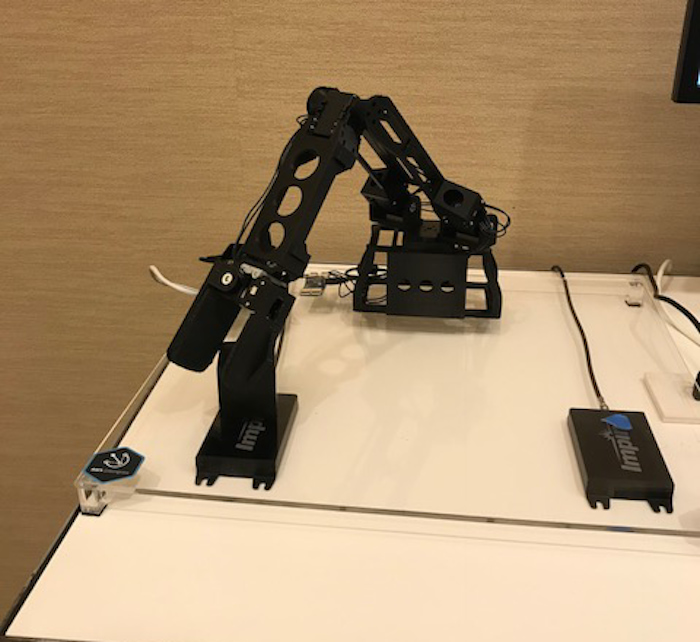 The block’s movements were collected and visualized by Impinj ItemSense software and AWS Greengrass, with data about the block movement displayed in real-time. The demonstration shows how the Impinj platform can integrate with AWS Greengrass to collect and deliver data, which can then be integrated into IoT applications—giving enterprise customers fast, flexible access to the cloud.